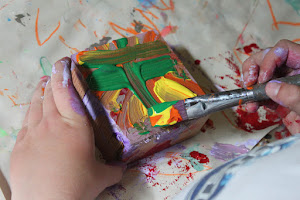 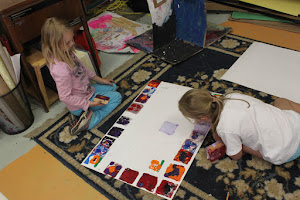 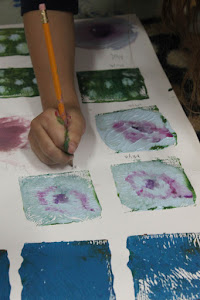 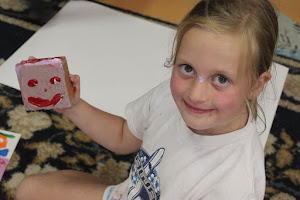 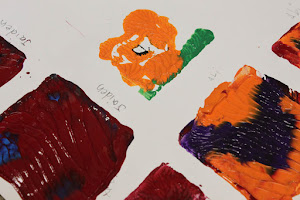 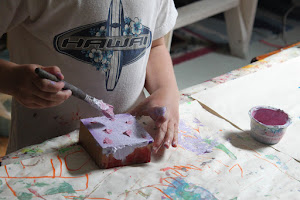 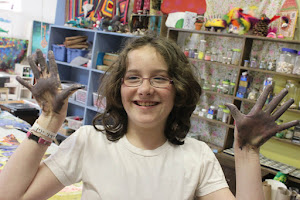 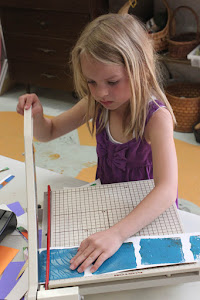 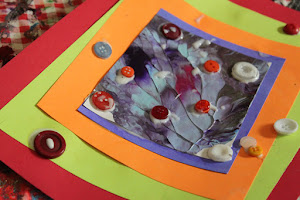 Maybe not officially real “block printing”, but we made prints. With blocks. And so it was named. This was a surprisingly quite process, I was expecting the same level of the usual silly girl chatter and playful experimentation leading to good creative chaos. But it was quiet, productive and orderly. The slippery blocks were gooped with paint, colours were mixed and the prints came out, one after another. The girls even began to twist their bocks, creating circular swirly prints. They tried multiple prints, prints on top of prints, and spent the entire class absorbed in the process. The girls noticed texture, blending, smooshing, and oozing of the paint as they worked.

Ellie: Look at mine!

Jaiden: I just want to touch it!

Abi: Can I make the marshmallow blue?

Abi: I’m just going to smoosh it all around on here and see what happens.


Next class the girls cut and framed a few of their select prints!